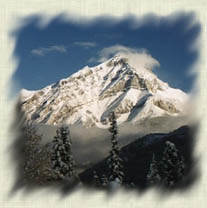 How is the BCS supported?

The society is entirely dependent on the efforts of its members who give time, expertise, enthusiasm, prayer and financial support.

Publications
Origins is a twice-yearly A4 journal of 24+ pages, containing articles at both technical and popular levels, news, reviews and other items. Non-members of BCS may subscribe to the journal.  Members receive the journal, newsletters, papers and booklets. Many of the papers consider topics of contemporary debate: originsand evolutionary theory, the environment, creation in educational circles, society and life issues. Our most important booklet is the Creation Manifesto: a distillation of what we think the Bible does teach about origins. Newsletters are normally enclosed with the journal and other mailings to members.

Audio-Visual Materials
The Society has a collection of video recordings, slide sets, slide strips, and audio-cassette recordings: all of which are available for loan (details on request).

Read the financial implications and complete a membership form.

This text is identical to the UCCF's Statement of Faith. Printed copies can be obtained from UCCF, 38 De Montfort Street, Leicester LE1 7GP, UK. A commentary on the Statement can be found in the book Evangelical Belief, available from IVP, Norton Street, Nottingham NG7 3HR, UK

The doctrinal basis of the Biblical Creation Society shall be the fundamental truths of Christianity, as revealed in Holy Scripture, including:

a. The unity of the Father, the Son and the Holy Spirit in the Godhead.
b. The sovereignty of God in creation, revelation, redemption and the final judgement.
c. The divine inspiration and infallibility of Holy Scripture as originally given and its supreme authority in all matters of faith and conduct.
d. The universal sinfulness and guilt of human nature since the fall, rendering man subject to God's wrath and condemnation.
e. The full deity of the Lord Jesus Christ, the incarnate Son of God; his virgin birth and his real and sinless humanity; his death on the cross, his bodily resurrection and his present reign in heaven and earth.
f. Redemption from the guilt, penalty and power of sin only through the sacrificial death once and for all time of our representative and substitute, Jesus Christ, the only mediator between God and man.
g. Justification as God's act of undeserved mercy, in which the sinner is pardoned all his sins, and accepted as righteous in God's sight, only because of the righteousness of Christ imputed to him, this justification being received by faith alone.
h. The need for the Holy Spirit to make the work of Christ effective to the individual sinner, granting him repentance toward God and faith in Jesus Christ.
i. The indwelling of the Holy Spirit in all those thus regenerated, producing in them an increasing likeness to Christ in character and behaviour, and empowering them for their witness in the world.
j. The one holy universal Church, which is the Body of Christ, and to which all true believers belong.
k. The future personal return of the Lord Jesus Christ, who will judge all men, executing God's just condemnation on the impenitent and receiving the redeemed to eternal glory.